This weekend's photography adventure took me south to Tenterfield and the New England area. I had great plans of catching the first of the Autumn colour, plus a few vistas from the Granite Belt High Country.

I managed an early departure from home and arrived in the high country around midday. After scoping out a few locations for sunset / twilight shooting, I ventured into Tenterfield to check on the Autumn colour.

Sadly, another week or two later would have been better. Yes the colour was starting, but it was quite patchy and not fully developed yet.

My main target this year was the Poplar trees. Last year we arrived too late and the trees had all but lost their Autumn leaves in an early cold snap. This year however, it seems that they may even turn colour later than usual.

Our odd weather of late is making it difficult to guage these things and "eyes on the ground" is really the only answer. So if any of of our AustralianLight fans live in the New England area, it would be great if you could shoot us some live feedback as to when it's best to come down.

I arrived back at my earlier pre-scoped locations with plenty of time to kill, so I decide to shoot a few panoramas like this one, to check composition for the twilight images later. 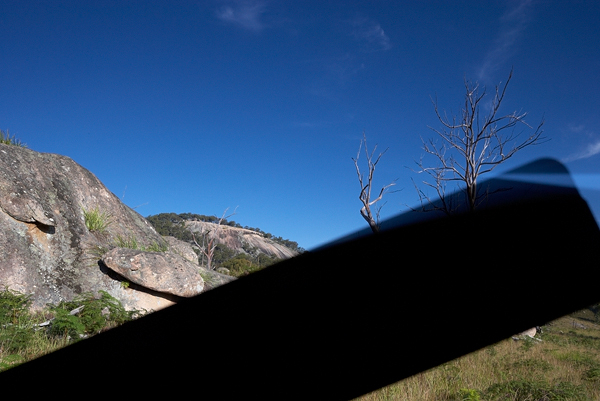 This is NOT an image that any photographer wants to see. The dark silhouette seen here is actually one of the camera's shutter blades, after it has broken off from the shutter mechanism.  This is terminal.... There is no on-site repair.... There is no work around.... The camera is dead! :(

Thankfully I carry a backup camera, but it's not exactly the same and it doesn't allow me to use the same capture technique as my main camera. So it's now a matter of running around, looking for new images and new compositions as the sun goes down. 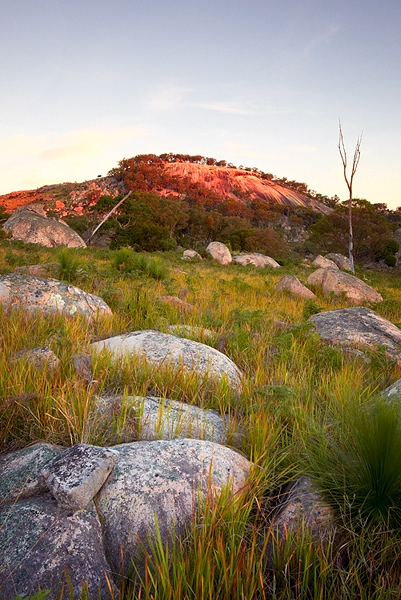 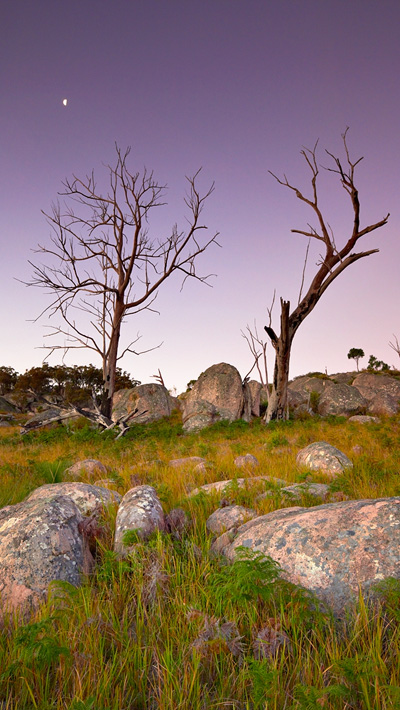 It would be fair to say that I am rather cranky at this point and not overly fussed with the images captured. So rather than crawl into my comfy camp bed in the back of the 4x4 and get some rest for another day of shooting, I simply jumped in the front seat and started the 4 hour drive home.

So there was my Saturday... a rather truncated weekend away, with 800klms covered, a dead camera and none of the images that I had set out to capture. Please tell me why I do this again? :-(

EDIT: OK... After reviewing all the images, perhaps there is one that I am fussed about....

I decided to go ahead and have a new shutter installed in the old girl.  This camera (1Ds MarkII) is still in absolute showroom condition and produces beautiful image files. There simply isn't a better camera for the cost of the repair, so it made sense to give her a second breath of life.